by Wes Tucker & The Skillets 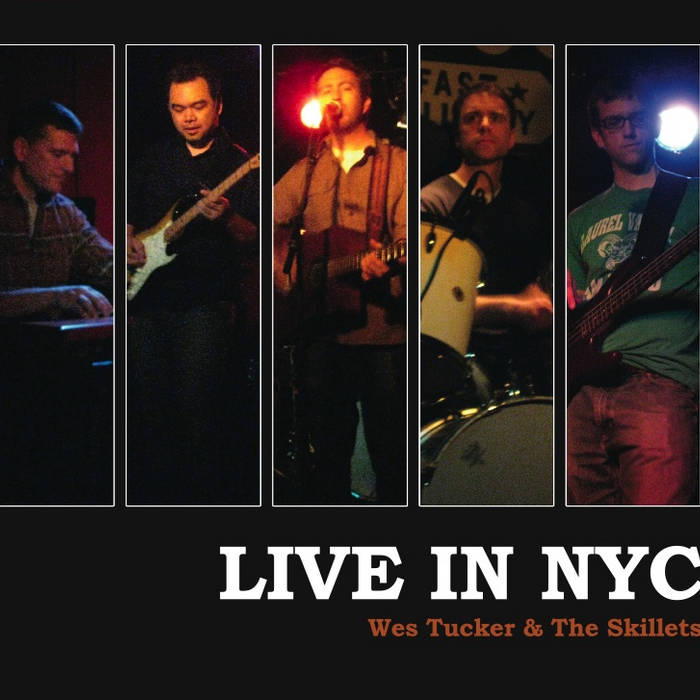 Since I started making music, I've wanted to make a live album. It’s always been a goal of mine to capture how it sounds and feels when we perform as a band in front of people. I'm super proud of all the records we've made, but there is a big difference between wearing headphones and singing/playing into a computer and singing/playing for a room full of our friends, fans, and innocent bystanders. Bryan, Dave, Arch, and I have been playing shows in front of crowds large and small since 2004. (And Mark joined us about a year ago.) While this might not be our most perfect or rehearsed set, and I might not have gotten every lyric right, it is a pretty good snapshot of our band with an awesome audience in an awesome city. As you’ll hear, we did not slow down much in this set. We got on a bus to NYC at 9 a.m. and on the stage at midnight. There wasn't a lot of time for serenades.

Thanks for listening.
Wes

Bandcamp Daily  your guide to the world of Bandcamp